We’ve all heard the old adage that your eyes are the “windows to the soul.”

But it turns out that your eyes could also be a gigantic window into your long-term memory.

That’s because a new study has found that a glimpse into the inner-workings of your eyes could reveal whether or not you could develop Alzheimer’s disease.

According to a research study from the University of California San Diego School of Medicine, destructive amyloid plaques that build up in the brains of dementia and Alzheimer’s patients also build up in the retina of the eye!

Simply put, amyloid plaques are unwanted protein deposits (often caused by inflammation) that block and hinder the performance of your brain… and are widely considered one of the tell-tale signs of Alzheimer’s.

And while amyloid plaques have long been linked to the brain, this latest study found that these memory-hindering plaques can also be found in your eyes.

I know this may sound daunting (and even terrifying), but there is a silver-lining to this latest discovery.

Knowing that amyloid plaques can be detected in the eyes could actually one day help accelerate early detection of Alzheimer’s.

Non-invasive retinal imaging could detect amyloid plaques EARLIER and EASIER than costly brain scans (which are currently used to help detect Alzheimer’s) … which could make it possible to determine the onset and spread of Alzheimer’s much earlier in the process.

While this breakthrough isn’t a ‘cure’ for the life-altering brain disease, it does offer hope in fight (and treatment) of future Alzheimer’s cases.

In the meantime, even though this kind of retinal imaging to detect amyloid plaques isn’t readily available at your local eye doctor, you should continue to get regular eye exams.

Current tests and exams can help identify any irregularities or inflammation that could be detrimental to your eyes (which are connected to the brain).

If you or a loved one is experiencing warning signs of Alzheimer’s, it’s important to work with your doctor on a treatment plan best suited for you.

Dear Turapür Today Reader, Another day, another attempt by Big Pharma to convince the general public that one of their prescription ‘staples’ is perfectly safe and can be handed out like candy! And who could blame them? They’ve become so good at it, most folks simply don’t even bat an eye anymore… and willingly empty...

Dear Turapür Today Reader, Is there anything worse (or inconvenient) than a pounding headache that blindsides you from out of nowhere? Because let’s face it, once that intense headache settles in, it can practically RUIN your day! And no matter how quickly you grab over-the-counter (OTC) pain killers hoping that it will stop your headache…...

Eat a Half Cup of This For A+ Cholesterol (NO Statins!)

Dear Turapür Today Reader, Did you know that that nearly 100 MILLION Americans are considered to have high cholesterol? And what’s mainstream medicine’s answer to this problem? It’s to prescribe you their favorite “magic pill.” You know… the one they swear will lower your cholesterol and give you amazing heart health? Yep, you guessed it...

Is Your Cell Phone Damaging Your Heart?! [SENIORS]

Dear Turapür Today Reader, There’s plenty to like about the latest-and-greatest cell phone and watch technology. Whether it’s the latest smartphone that helps you stay connected to friends and family with a click of a button… or the latest ‘smart’ watch that helps with directions or tracks your daily activity… This technology helps everyone – including seniors –...

Dear Turapür Today Reader, You know the importance of getting a good night’s sleep… especially as you age. But for millions of Americans, getting quality shut-eye is a nightly struggle. In fact, nearly 70 MILLION Americans suffer from sleep disorders like insomnia, restless legs syndrome, and even narcolepsy. And if you’re one of the millions that battle with...

Dear Turapür Today Reader, Remember years ago, when your mom said… Breakfast is the most important meal of the day. Well, she was right! Especially when it comes it comes to staying strong… even well into old age. That’s because there’s new research that proves eating a specific combination of foods at BREAKFAST is your best bet to...

Dear Turapür Today Reader, We all have different issues and health concerns as we age. But there’s one thing we ALL have in common… We want to live the healthiest, LONGEST life possible. And now we know that adding years to your life doesn’t involve a crazy diet trend or some magic “potion.” In fact, adding YEARS to...

Dear Turapür Today Reader, H20… agua… elixir of life… Whatever you call it, it’s no secret that drinking WATER is the single best drink you can put in your body. Drinking water on a daily basis not only keeps you hydrated, but it also helps your skin stay healthy, your joints lubricated, and even helps ‘;flush’ out toxins...

Dear Turapür Today Reader, These days, it seems like many mainstream docs have an itchy-trigger finger for diagnosing folks with ‘high’ cholesterol. And once that happens, they are quick to ‘solve’ your high cholesterol with either dangerous and risky prescription drugs… or by telling you to eat nothing but bland, boring foods. Sound familiar? Well, as a reader... 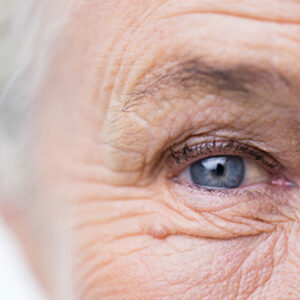 Are Your Eyes Getting These 3 Critical Nutrients?

Dear Turapür Today Reader, Folks, let’s face it. Your eyes just aren’t what they used to be. Maybe the TV is getting a little blurry… or you’re having a hard time reading the fine print on menus and road signs at a distance. And that’s okay… after all, fading vision is sometimes just part of the aging process....