Is Hearing Loss DESTROYING Your Memory? [Must Read]

If you suffer from hearing loss, you already know how demoralizing it can be to feel ‘left out’ of a normal conversation that was once crystal-clear just a few years ago.

And even if you wear a hearing aid, you STILL find yourself missing out on conversations with friends, family, and loved ones.

But what if there was another devastating side effect of hearing loss that could destroy you entire quality of life?

According to a new research study conducted by doctors at Ruhr-University Bochum (Germany), individuals with advanced hearing impairment also saw a significant DECLINE in the main ‘memory’ function of the brain.

But I’m not here to scare you. In fact, there is HOPE!

There are multiple ways to remedy nagging hearing loss – AND stave off the risk of long-term memory loss.

And, NONE of them require a bulky hearing aid or an annoying trip to the ear doctor!

Researchers studied the brains of mice that exhibited hereditary hearing loss… similar to humans that develop declining hearing as they age.

They analyzed the density of neurotransmitter receptors in the brain that are crucial for memory formation. They also researched the extent to which information storage in the brain’s most important memory organ, the hippocampus, was affected.

The study found that the function of the hippocampus was dramatically impacted when there was significant memory loss.

But you DON’T have to throw in the towel and chalk it up to ‘old age.’

In fact, there are ways you begin reversing your hearing loss WITHOUT a hearing aid or a trip to the doctor.

Remedies that are good for the ears… AND the brain.

And even better, they can be done NATURALLY in the comfort of your own home… TODAY!

Ginger has many natural health benefits… including keeping your ears healthy. And if you don’t like eating raw ginger, you can make an easy-to-drink tea by boiling the following in a covered pot for 15 minutes:

After boiling, strain and drink three cups a day for a minimum of three weeks.

Ginkgo biloba extract is a favorite of natural healers. Taking 60 to 240 milligrams of ginkgo biloba per day can help with tinnitus and other noise associated with hearing loss.

Dear Turapür Today Reader, Stress can come from anywhere. A high-pressure job… trouble at home… finances. These are just a few of the things that elevate our stress levels. Oh, and let’s not forget about the current coronavirus outbreak that’s causing people’s stress and anxiety levels to SKYROCKET (and rightfully so). And if you are the victim of...

Dear Turapür Today Reader, Let’s face it. Fighting type 2 diabetes is 24-hour-a-day, 7-day-a-week BATTLE. And if you or a loved one suffer from type 2 diabetes, you already know the toll it can take on your body… and mind. When in reality all you want to do is keep your blood sugar from spiking without it occupying...

Summer is just around the corner… And if you’re like lots of folks, I know what you’re thinking: It’s too late to get that “summer body” you wanted. Remember how you used to be PROUD to show off your body… to throw on a swimsuit and hit the beach? And maybe you promised yourself that...

Dear Turapür Today Reader, If you’ve ever struggled with trying to lose weight, you know how frustrating it can be. You work out like crazy… starve yourself… and try every fad diet known to man. But the scale barely moves AND your clothes are still as tight as ever. But thanks to some new research, there’s a simple...

[Must Read] Is Your Gut KILLING You in Bed?

Dear Turapür Today Reader, Let’s face it. You’re not yourself when you don’t get enough sleep. Just one bad night’s sleep can make you feel like the walking dead the next day. And if you suffer from poor sleep, chances are your friends, family, and even your DOCTOR have probably fed you a laundry list of ‘remedies’ they...

Is This Joint Pain Killing You? [Must Read]

Dear Turapür Today Reader, If you suffer from gout, or have even just had a minor flare-up, you already know incredibly painful gout can be. And we’re not just talking pain in your big toe. Gout can also attack your ankles and knees… making simple tasks like walking feel like absolute agony. But what if there was ANOTHER... 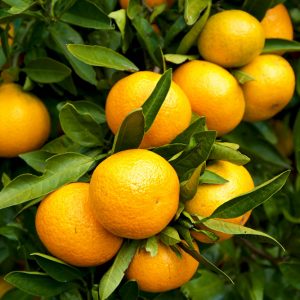 Dear Turapür Today Reader, There’s nothing more jarring than a cancer diagnosis. Out of nowhere, your life gets flipped UPSIDE DOWN. Suddenly, mainstream docs start pushing you onto toxic chemo meds and radiation… sky-high bills start piling up… and friends and loved ones start sniffling when they see you. It’s like your disease completely TAKES OVER your life… But today, friend, I’m...