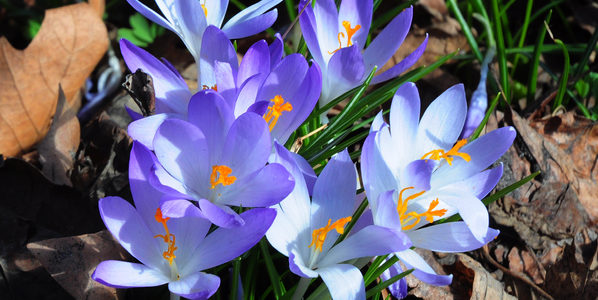 Depression rates are SKYROCKETING… especially in the elderly… and believe it or not, mainstream docs are loving it.

They’re passing out antidepressants left and right, raking in BIG BUCKS for their buddies in Big Pharma…

And mainstream guidelines even acknowledge that, given these meds’ HORRENDOUS side effects – including nausea, weight gain, and “performance” issues — their risk-benefit factor is extremely low.

In other words, they just aren’t worth the side effects!

Fortunately, a groundbreaking study published in the journal Neuropsychiatric Disease and Treatment reveals that there’s safe, NATURAL alternative for treating depression… a potent “flower power” combination of two plants… that can BOOST your mood and RELIEVE depressive symptoms.

And now, roseroot (Rhodiola rosea) and saffron (Crocus sativus) may help YOU manage your depression!

Roseroot is a biennial flowering plant that has been used in traditional Asian and European medicine for thousands of years as a physical and mental booster.

Saffron is best known as a costly cooking spice produced from tiny parts of the Crocus sativus flower.  It originated in Greece and has been revered since ancient times for various health benefits.

In this study, French general practitioners recruited 37 male and female patients (ages 18 to 85) suffering with mild to moderate depression and instructed them to take two tablets containing 154 mg of roseroot extract and 15 mg of saffron extract every day for six weeks.

The goal was to find out if the COMBINATION of roseroot and saffron could help relieve symptoms like insomnia, fatigue, feelings of guilt or sadness, and lack of interest…

And something AMAZING happened!

Patients reported improvement in as little as TWO WEEKS!

After six weeks, more than 85 percent of the participants had improved symptoms… and according to one test, patients showed RAPID and SIGNIFICANT decreases in both anxiety and depression…

Relief without ANY MAJOR ADVERSE REACTIONS!

But what makes these herbs so POWERFUL?

Roseroot extract has been found to possess a unique mechanism of action — it NORMALIZES the release of stress hormones while BOOSTING energy.

Previous studies suggest that roseroot may help the body regulate mood by naturally stimulating the receptors for dopamine and serotonin, neurotransmitters that affect your mood.

Its impressive anti-oxidant and anti-inflammatory properties may even offer potential in protecting against heart and brain conditions like heart attack, stroke, and Alzheimer’s disease.

Saffron has also demonstrated anti-oxidant, anti-inflammatory, and neuroprotective effects in multiple studies – and it’s been shown to increase levels of serotonin.

You can find both roseroot and saffron at iHerb.

There are even supplements that have both in them, such as LifeSeasons’ Mood Uplift-R Emotional Support.

ZAP the Root of Diabetes Pain [Must Read]

Dear Turapür Today Reader, If you or a loved one suffer from type 2 diabetes, you already know the toll it can take on your body. Heck, just trying to regulate your type 2 diabetes is 24-hour-a-day, 7-day-a-week BATTLE. And that’s just managing your blood sugar levels. It doesn’t account for the writhing PAIN millions of Americans with...

Constantly Tired? Here’s How to Pep Up for Good

Dear Turapür Today Reader, Let’s face it. We ALL get tired during the day. It’s a natural human feeling. For the most part, a cup of coffee or a quick afternoon nap is all that it takes to recharge your batteries. But there are some people that aren’t just tired some of the time… they are tired ALL...

Dear Turapür Today Reader, Scientists, doctors, and researchers around the world are working around-the-clock to find a cure for the coronavirus. In the meantime, one thing is for certain… the coronavirus isn’t going away anytime soon. But if you’re looking for ways to protect yourself (or your loved ones) against the coronavirus, there is some good news. According...

Can Bad Breath Be DEADLY? (Surprising)

Dear Turapür Today Reader, Let’s be honest… we ALL have bad breath every now and again. Sure, it’s embarrassing… but usually that case of bad breath can be quickly masked by a mint, a piece of gum, or even some mouthwash and we move on with our day. But unfortunately for some folks, chronic bad breath can’t be...

Dear Turapür Today Reader, If you’re one of the millions of Americans who struggle with psoriasis, you know just how AGGRAVATING those dry, itchy rashes can be. Not to mention the embarrassment of the scaly patches that leave you constantly covering them up with long sleeves and pants. But for psoriasis sufferers, things keep getting worse. Because according to...

A ‘Memory’ Breakthrough Every Woman MUST See

Dear Turapür Today Reader, These days, it doesn’t take much to feel like you’re at wits’ end. A high-pressure job… trouble at home… finances. Oh, and let’s not forget about the current coronavirus outbreak. These are just a FEW of the things that cause our stress levels to SKYROCKET. Listen, everyone gets stressed out every now and again…...

Dear Turapür Today Reader, It’s no secret that dialing back on unhealthy foods can put you on the fast track to a longer, healthier life. But if you or a loved one is living with diabetes, eating the right foods can literally be a matter of life or DEATH! Eating the wrong combination of foods can make your...

Dear Turapür Today Reader, We all know someone dear to us battling cancer. It could be a life-long friend… a close relative… or even yourself! And let’s face it, in the fight against cancer sometimes all you want is to feel comfortable enough to live your best life… WITHOUT being pumped full of chemotherapy or radiation. But what...