We’re all looking for that fountain of youth, right?

You know, that one-shot cure-all that will make us feel as strong, trim and energetic as we did in our 20s?

Well, it probably doesn’t exist — but scientists may have just discovered the next best thing.

Researchers have just identified a natural compound that may be powerful enough to restore your energy and reverse signs of aging… and it starts working in just three minutes flat!

As you age, your cells begin to lose their ability to produce energy. Scientists suspect these plummeting energy levels actually trigger the aging process.

That’s where this miracle compound comes in…

It’s called NMN, or nicotinamide mononucleotide, and experts think it may be the key to reversing the aging process.

NMN is so powerful because it boosts your energy at a cellular level. This means NMN combats aging at the source, which may help it increase your energy, reduce weight gain and put the brakes on aging.

In the study, researchers gave three groups of healthy male mice varying doses of NMN starting at age 5 months. The first group was fed water with a high dose of NMN, the second got water with a small dose of NMN and the last group got plain ol’ water.

During the yearlong trial, the scientists measured various health aspects in all of the groups.

After crunching the numbers, the researchers were astounded at what they found…

And while this is incredible news, it gets better… these positive results were only seen in older mice!

The research team reports that the body loses the ability to produce its own NMN over time. Due to this, supplementing with NMN is only effective in older subjects.

This means the older you are, the more effective NMN may be at helping you combat aging!

And just when you thought NMN couldn’t be any more incredible… there’s one more thing you need to know.

Researchers found that NMN supplements can show up in the bloodstream in just three minutes!

This means NMN could start turning back the clock on your health just minutes after you take it.

To be clear, this trial only included mice. However, there’s a human clinical trial underway right now, and experts believe these results will translate well to humans, since our cells rely on the same energy process as mouse cells.

But you don’t have to wait for these results to add NMN into your health routine. There are some NMN supplements out there, but it’s also easy to get NMN from natural sources.

Veggies like broccoli, cabbage, cucumber and avocado all contain NMN and are tasty ways to add it to your diet.

The Undetected Blood Pressure DANGER Lurking in Your Bedroom!

Dear Turapür Today Reader, If you’re having trouble controlling your blood pressure, you’re not alone. The Centers for Disease Control (CDC) says that nearly HALF the adults in the United States have high blood pressure… most of them seniors. And despite mainstream medicine’s ‘advances’, only about 1 in 4 Americans with high blood pressure have it under control!...

The Diabetes Risk EVERYONE Needs to Know About (SCARY!)

Dear Turapür Today Reader, If you’re taking insulin to manage your diabetes, you already know the toll it can take on your body AND your wallet. Not only is it a never-ending cycle of uncomfortable injections and finger pricks… but you’re also watching your hard-earned savings dwindle away. Yet mainstream medicine continues to tell you that insulin is...

Dear Turapür Today Reader, The calendar might say November, but it’s important to protect your skin year-round. That’s because skin cancer DOESN’T take a break! In fact, nearly 9,500 Americans (just like you and me) are diagnosed with skin cancer EVERY SINGLE DAY! And it ‘sneaks up’ on so many people because most folks just assume they can... 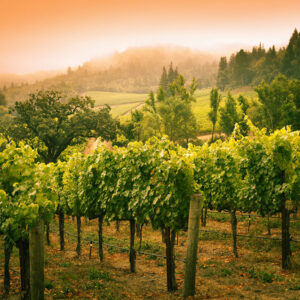