And somehow, MILLIONS have been brainwashed into listening.

These days, almost ONE-QUARTER of folks over 40 – many of whom don’t have a history of heart attack or stroke – pop these pills on a daily basis, confident that their hearts are healthy and safe.

But starting today, you’ve got to STOP LISTENING to the mainstream lunacy. New research confirms that aspirin ISN’T the protective panacea it’s made out to be…

And if you’re taking it for prevention, it’s likely doing more HARM than GOOD!

Now, I know that may be hard to grasp. After all, preventative aspirin has been a mainstream mantra for some time now…

But that’s exactly the problem.

Back when most of the research into daily low-dose aspirin was conducted, more people smoked. We knew a lot less about managing blood pressure and lowering bad cholesterol. At the time, the benefits of daily aspirin outweighed the risks…

However, medicine (both alternative and mainstream) has evolved a lot over the past few decades. There are more treatment options than ever before…

And if you don’t have a history of heart issues, daily aspirin NEEDLESSLY ups your risk of dangerous internal bleeding.

Don’t take my word for it, though. Look at the facts.

In a new study, published in Family Practice in November, researchers from the University of Georgia compared aspirin studies from 1978 to 2002 against trials from 2005, when mainstream statins had become more widespread.

Altogether, they tracked more than 1,000 patients treated with aspirin over five years…

Per the report, about one person in every 300 experienced a brain bleed, something that can cause brain damage, paralysis, drops in cognition, and death… leading researchers to include an important line in their study:

“Aspirin should no longer be recommended for primary prevention.”

So, if you’re popping daily pills without rock-solid PROOF that your heart’s in danger, talk to your doctor about STOPPING these meds as soon as possible.

There are safer ways to protect your ticker, including:

Speak with a physician you trust before supplementing – and don’t quit aspirin without his assistance. Stopping abruptly may rebound and lead to a heart attack or clot.

Dear Turapür Today Reader, When you’ve got ulcerative colitis — a form of devastating inflammatory bowel disease (IBD) – fielding cramps and running to the restroom becomes a full-time job. And that’s just on “good” days. On bad ones, you’re better off staying in bed… keeping a close eye on the bathroom as you battle...

Dear Turapür Today Reader, If you or a loved one have ever battled anxiety, you know exactly how EXHAUSTING and INTRUSIVE the condition can be. Racing thoughts keep you awake at night… worry and nerves sabotageyour relationships… And on top of it all, you’re wracked with feelings of guilt, worry, and panic. It’s plain EXHAUSTING…...

Revealed: These Games SUPERCHARGE Your Brain!

Dear Turapür Today Reader, Tell a mainstream physician that you’re struggling to stay focused – or worse, struggling with your memory – and he’ll go through the usual motions. He’ll ask you when it started… how bad it is… and if you’re taking any mind-fogging medications… And at the end of this oh-so-thorough examination, he’ll...

Dear Turapür Today Reader, The older you get, the more life takes a toll on your ticker — and mainstream docs know it. That’s why they ORDER you away from your favorite foods… COMMAND you to hit the gym… and FORCE you onto Big Pharma’s favorite heart meds. They’ll tell you it’s for your own...

Dear Turapür Today Reader, If there’s one mainstream method I truly cannot stand, it’s treating antibiotics as some sort of quick-fix cure-all. Despite learning more and more about these meds (and the dangers of drug-resistant superbugs) many docs just keep doling out dangerous prescriptions… throwing antibiotics at everything they see. “Got a cough? Take this.”...

SOOTHE Cramps & STOP Diarrhea (With This...)

Dear Turapür Today Reader, If you or a loved one are suffering from disruptive ulcerative colitis (UC), you know how FRUSTRATING and LONELY the disease can be. On a “good” day, you spend most of your time rushing to the restroom. On a bad day, painful cramps and overwhelming fatigue knock you down for the...

Dear Turapür Today Reader, You’ve been counting calories… getting in extra exercise… and doing your best to stay hydrated… But after weeks of hard work, your scale HASN’T BUDGED. We’ve all been there… And it’s not your fault. As you age, your metabolism takes a nosedive, and those extra pounds get harder and harder to...

Dear Turapür Today Reader, Want to know why up to one-third of breast cancer patients STOP taking their mainstream drugs? It’s because the SIDE EFFECTS are so severe! Joint pain… hot flashes… night sweats… fatigue… anxiety… weight gain… Imagine side effects SO BAD that you would rather take your chances with CANCER! No one should...

Dear Turapür Today Reader, Every January, millions of people all over the world resolve to make their lives “better” in the new year. For some, that means spending more time with loved ones… pushing for a coveted promotion… or traveling the world… But for most folks, it means losing some weight. Now, I could go... 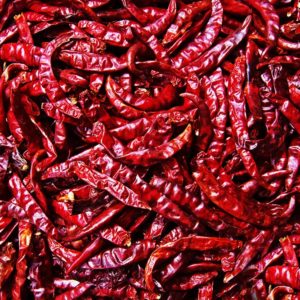 Dear Turapür Today Reader, If you’ve suffered a heart attack – or your doc’s convinced you’re at risk for one – you know that certain foods are a strict no-go. Hamburgers… butter… cheese… eggs… Mainstream docs want you to wave goodbye to all of them, all for the sake of “sparing”your poor ticker from high...